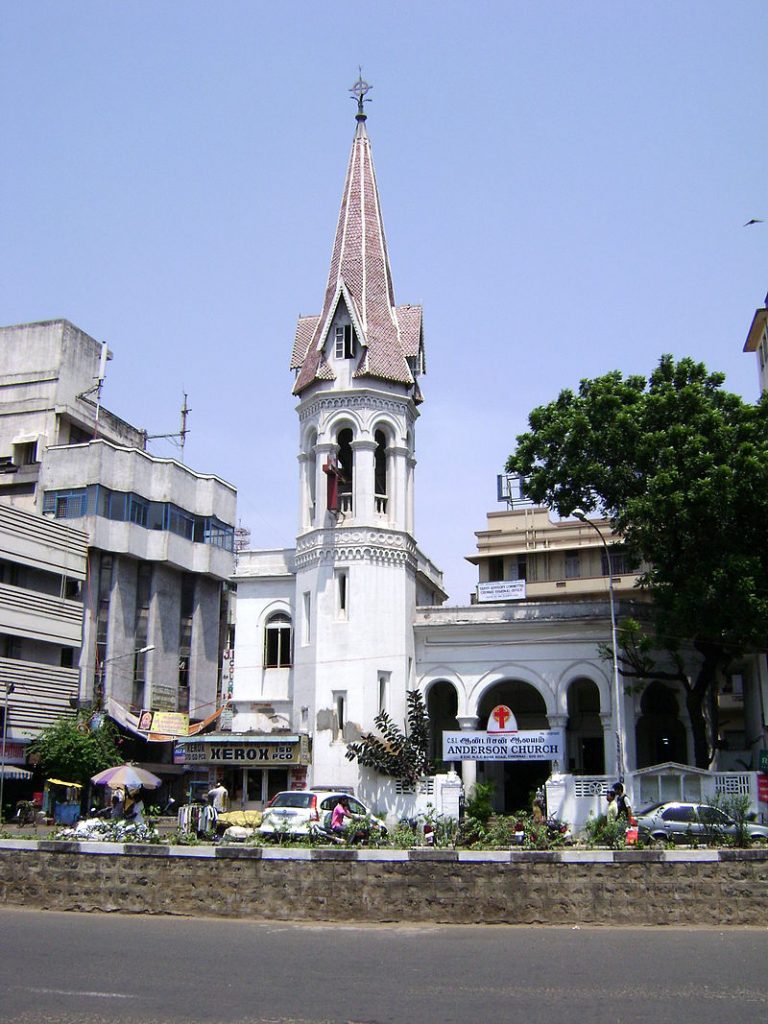 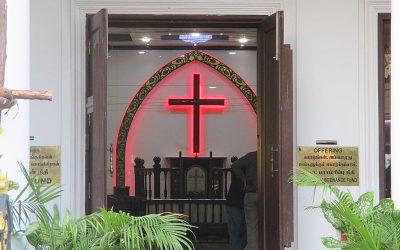 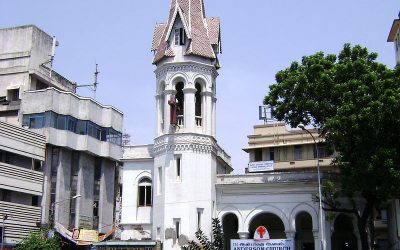 Anderson Church is one of the oldest churches in Parry’s Corner area of Chennai, the capital of the South Indian state of Tamil Nadu. The original structure was built in 1845 by Anderson as an educational institution. The church is named after Anderson, a Scottish missionary who founded the mission of the Free Church of Scotland at Madras, India.

Anderson Church is a working church with hourly prayer and daily services and follows Protestant sect of Christianity. The church also celebrates Harvest festival every year during the month of November. In modern times, it is under the dominion of Diocese of Madras of the Church of South India. It is one of the most prominent landmarks of Parry’s Corner.

The church was named after John Anderson (1805–1855), a Scottish missionary who founded the mission of the Free Church of Scotland at Madras, India. He is believed to have established an educational institution in the name of General Assembly School in 1835 at Egmore. It was moved to George Town area in Chennai by 1838 and later went on to become the Free Church of Scotland's central shrine in Chennai in 1845. The Madras Christian College was started at this campus in 1867, initially as a school and later became a college in 1876. The College was later moved to Tambaram in 1937 and only the Church operates from the campus.[3][4] The Chapel was originally called College Chapel, but later came to be known as Anderson Church, after the death of Anderson
Review
Detail info
AuthorRahul Sundar
Website
Facebookhttps://b-m.facebook.com/pages/Anderson-Church-Chennai/847513052032922
YouTube
Twitter
Instagram
Emailrahulsundar456@gmail.com
Address157, NSC Bose Rd, Parrys, George Town, Chennai, Tamil nadu, 600001
Phone0984008555
Working Hour

Map
Get Directions
Featured Listing
Churches
Anderson Church
India
Rahul Sundar
Anderson Church is one of the oldest churches in Parry's Corner area of Chennai, the ...
No data
Open Now

Please complete the form below and receive the signup link within 12 to 72 hours. Thank You!