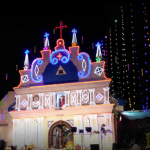 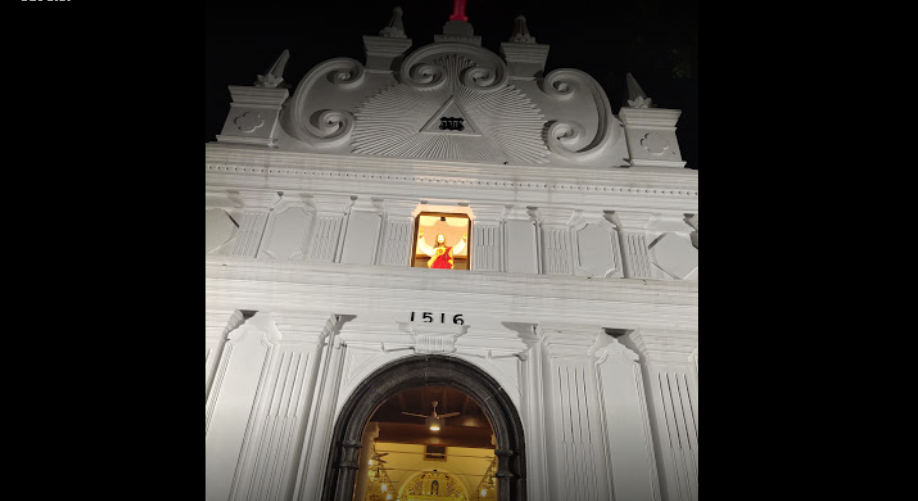 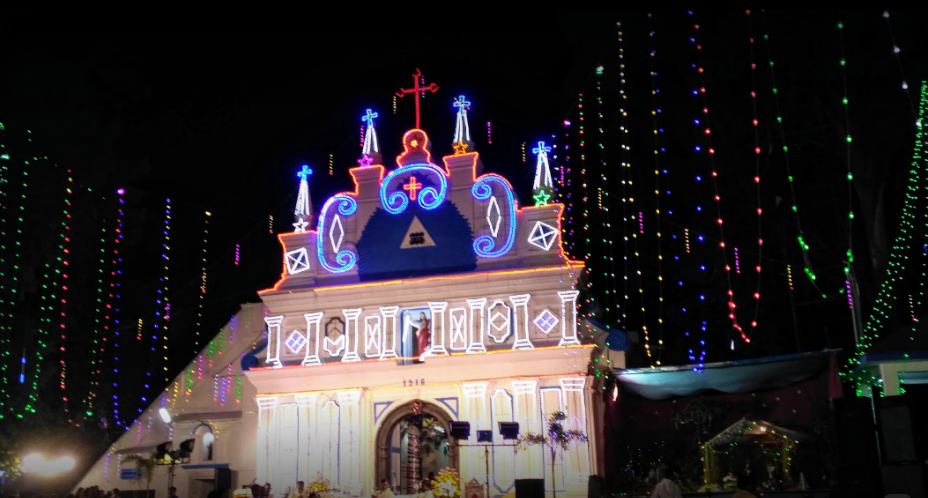 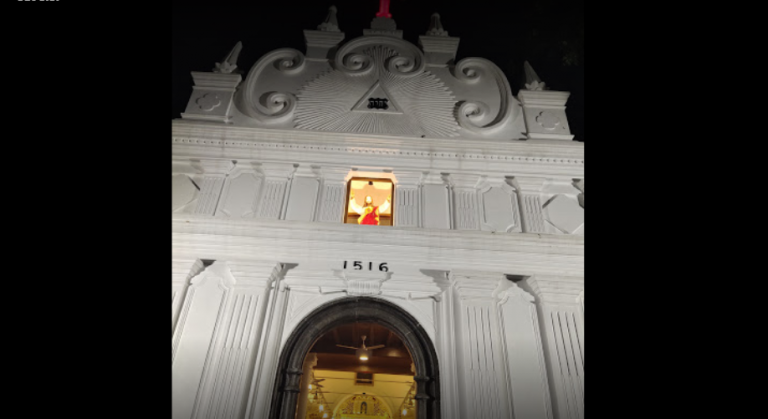 Church of Our Lady of Light 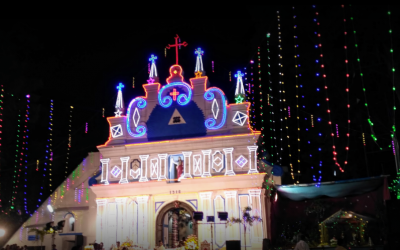 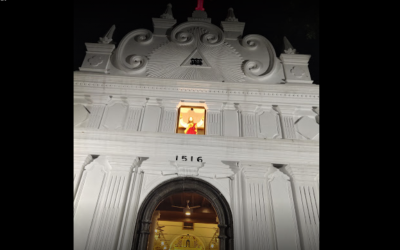 The history of the Church is compounded with the history of the arrival of the Portuguese to India. Soon after Vasco da Gama discovered the sea-route to India, the legend states, that eight Franciscan priests left for India from Lisbon with the fleet of Pedro Alvares Cabral on 9 March 1500 A.D. They landed in Calicut, where three of the Friars were slain on 16 November 1500. The others reached Cochin, and settled down of preach the good news. A few years later, they sailed down South to spread their message further. It is said, that the Friars were lost in the rough sea and started praying to Mother Mary for their safety. The legend states that they were miraculously guided by a mysterious bright light which guided them safe to land. The Friars that in honour of their safe arrival to the land, built the Church of Our Lady of Light (Portuguese: Nossa Senhora da Luz).[1] The church would later suffer damages inflicted from the forces of Golconda between 1662 and 1673.[2] During the times of Haider Ali’s invasion of the city forts between 1780 and 1782, the British East India Company Forces occupied the Luz Parish Residence for some years.[1] Currently this church also governs the Stella Maris College, Chennai

Map
Get Directions
Featured Listing
Churches
Anderson Church
India
Rahul Sundar
Anderson Church is one of the oldest churches in Parry's Corner area of Chennai, the ...
No data
Open Now

Please complete the form below and receive the signup link within 12 to 72 hours. Thank You!